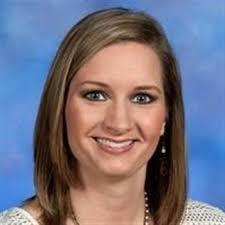 Mrs. Tiffany Warhurst started her career at West Elementary School in 2009 as a collaborative special education teacher. She taught there for two years before becoming a guidance counselor at Russellville High School in 2011. She served as guidance counselor at Russellville High School for seven years before becoming assistant principal at Russellville Elementary School. She was assistant principal at RES for four years prior to becoming principal. Mrs. Warhurst graduated from Russellville High School in 2005. She earned her undergraduate degree in Collaborative Special Education (K-6) from Athens State University in 2009. She earned her first master's degree in School Counseling (P-12) from the University of West Alabama in 2010. She has also earned her second master's degree in Instructional Leadership from the University of North Alabama.

Mrs. Warhurst is married to Eric Warhurst and they have two daughters, Bayleigh and Aubrey.